The BBRC promotes a study to control Alzheimer's risk factors 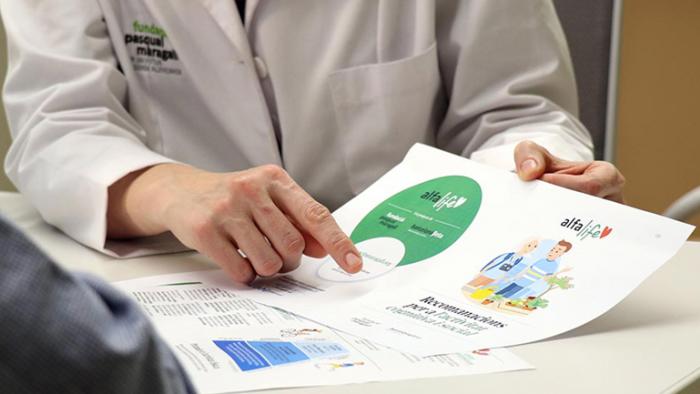 The Barcelonaβeta Brain Research Center, the research center of the Pasqual Maragall Foundation, has promoted a study to control modifiable risk factors for Alzheimer's disease, with the collaboration of, among others, the Department of Health of the Generalitat de Catalunya and of the Catalan Agency for Quality and Health Assessment.

The objective of the program, called AlfaLife, is to promote healthy living habits based on four pillars that the scientific community links to some of the risks of developing Alzheimer's: nutrition, physical exercise, cognitive activity and social activity.

The study has 400 volunteers, who have received customized guidelines based on their characteristics and will be controlled for a whole year. "With the delivery and follow-up of guidelines to promote healthier living habits, we intend that participants put these actions into their day-to-day life, to improve their cardiovascular health indicators and reduce the risk of dementia," explains Dr. Nina Gramunt, neuropsychologist from the Pasqual Maragall Foundation and principal researcher at the study.

The risk factors for Alzheimer's disease

Although the cause of Alzheimer's is still unknown, the scientific community believes that there is an increasing number of evidence that, beyond the non-modifiable risk factors, there are some modifiable ones that are associated with the disease. The modifiable ones are related to cardiovascular risk, such as hypertension, hypercholesterolemia, diabetes, cigarette smoking and overweight; and with the lifestyle, with factors such as diet, physical exercise and cognitive and social activity. In this sense, there are studies that suggest that if these risk factors are reduced, up to half of the cases could be prevented.

On the other hand, among the non-modifiable factors, older age, which is the main circumstance, and genetics, which although in very few cases is the only attributable cause, plays an important role when it interacts with other factors.

The 400 volunteers are mostly between 45 and 75 years old and are cognitively healthy people, who are part of the cohort of the Alfa Study, which began in 2012 with the collaboration of Obra Social "la Caixa".

Thus, during the first visit, the researchers update sociodemographic data and clinical history of the participants to do a cognitive and psychological screening, and volunteers answer a questionnaire about lifestyle habits associated with risk factors (smoking, diet, exercise and activity cognitive and social). In addition, they also record anthropometric measures (weight, height and waist diameter), vital constants (blood pressure and heart rate), and biochemical determinations such as cholesterol and glucose.

Every two months, participants receive newsletters with a series of tips, resources and ideas that refer to healthy lifestyle habits, focused on diet, exercise, and cognitive and social activity in everyday life. In addition, volunteers should fill in questionnaires every trimester of life habits that will be analyzed at the end of the study.

The program lasts 1 year and will end a post-intervention visit in which the participants will do the same tests and should comment on the possible relevant clinical events that occurred during the year.