The BBRC, selected as participating center in a new global study on Alzheimer's 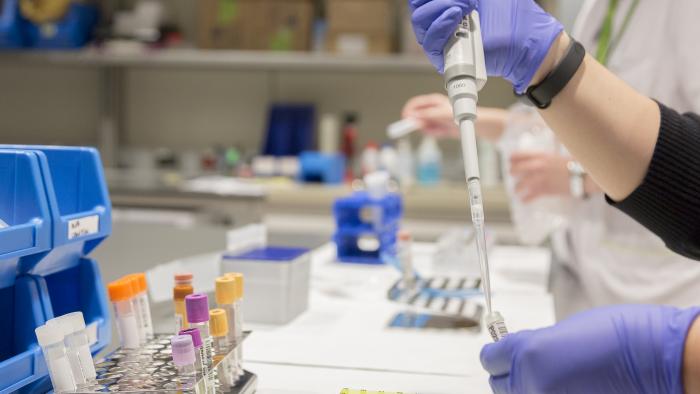 The BBRC, selected as participating center in a new global study on Alzheimer's
Share: Compartir a Twitter Compartir a Facebook Compartir a LinkedIn + Compartir per WhatsApp

The Barcelonaβeta Brain Research Center (BBRC) is one of the world's leading centers involved in the recruitment of the AHEAD study. The Pasqual Maragall Foundation research center has been chosen for its long and solid experience in recruiting cognitively healthy people at increased risk of Alzheimer’s, as is the case with the Alfa cohort, which has the support of the “La Caixa” Foundation. This is a key element for this new study, as the drug is aimed precisely at this population.

The AHEAD trial aims to reach 1,400 participants worldwide to evaluate the efficacy and safety of a monoclonal antibody directed against the beta-amyloid protein (lecanemab) to prevent Alzheimer's disease in people aged between 55-80 years old at high risk of developing the pathology.

The drug lecanemab has been shown in previous study to be able to lower brain beta-amyloid levels efficiently. This new study will try to show its effectiveness in preventing cognitive impairment in people in the preclinical stage of Alzheimer's disease.

The Pasqual Maragall Foundation has already begun the recruitment process and the selected participants will take the tests established in the protocol of the test at the BBRC, such as neuropsychological tests, resonances or lumbar punctures among others, and also will administer the treatment to the people selected for the study.

02 Feb | 2023
Success of the first call for Pasqual Maragall Researchers Program scholarships with more than 60 applications received
18 Jan | 2023
BBRC's AlfaSleep project publishes an observational study protocol on sleep quality and its relationship with Alzheimer's disease
19 Dec | 2022
We found that a genetic predisposition to longer telomeres could have a protective effect against Alzheimer's
05 Dec | 2022
Dr. Josep Maria Argimon, appointed Director of the Scientific Infrastructure of the Barcelonaβeta Brain Research Center