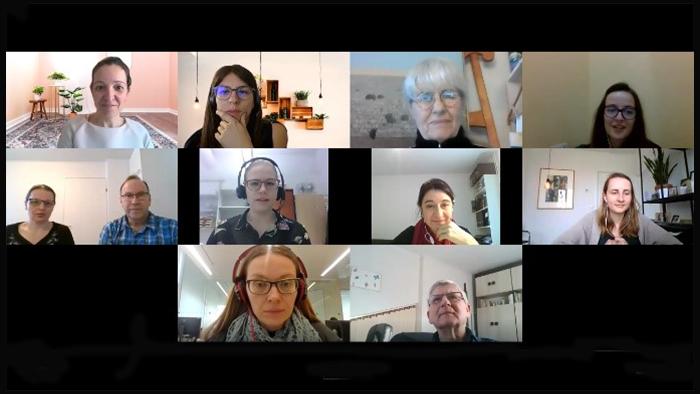 Two participants in studies carried out at the Barcelonaβeta Brain Research Center (BBRC) have participated in the first meetings of the advisory committee of the transnational project EURO-FINGERS (EU-FINGERS). The initiative, of which the BBRC is a partner, aims to generate prevention tools for dementia and Alzheimer's disease, and seeks to provide a common framework for multimodal studies of Alzheimer's dementia prevention, accommodating combinations of interventions on disease risk factors with possible drugs. In early 2021, the project launched an advisory committee to provide advice and recommendations to researchers and enrich research with a variety of voices and perspectives.

Montserrat and Mercedes, participants in BBRC studies, joined the EU-FINGERS advisory committee at the beginning of the year, made up of people from around Europe involved in Alzheimer's research projects, who have an interest in brain health or are affected. for the disease. The committee members met for the first time on February 25 and March 3 in three small groups. In these meetings, made online by the current health situation, they discussed the terminology used in the prevention of Alzheimer's and dementia, the importance of this type of research and interventions for participants and people affected, and the main barriers and facilitators to participate in prevention initiatives.

The advisory committee will continue to operate throughout the EU-FINGERS course, until the end of 2022, with meetings scheduled every three months. Throughout the development of the project, the committee will consider issues such as brain health, Alzheimer's prevention and risk factors, the communication of these issues to the general public and the social and ethical implications of the initiative.