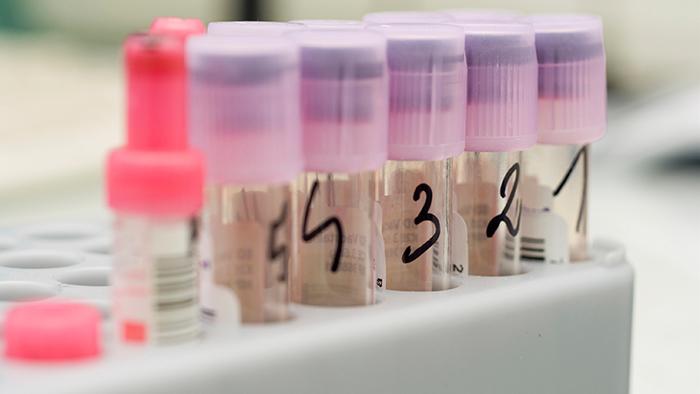 The Barcelonaβeta Brain Research Center (BBRC) has initiated some of the first clinical trials that are being developed in the world to prevent Alzheimer’s disease, aimed at cognitively healthy people with a certain risk of developing the disease. The studies, led by Novartis, Janssen and a pharmaceutical company that is still to be determined, will analyze the efficacy of various pharmacological treatments designed to act before the manifestation of the clinical symptoms of the disease.

Currently, Alzheimer’s is still a disease without cure because none of the drugs tested in patients has managed to slow the process of cognitive deterioration that leads to dementia, or recover the neuronal damage caused. Therefore, the intervention studies are directing their efforts towards the first stage of the disease, which begins 20 years before the appearance of the first memory losses.

As pointed out by the scientific director of the BBRC, Dr. José Luis Molinuevo, “the preclinical phase of Alzheimer’s offers an optimal therapeutic window to intervene on time, since the dysfunction and the irreversible loss of neurons that becomes patent when the first symptoms of the disease are manifested have not yet begun”. In this stage, the four Phase II and III clinical trials that are beginning to be done in the Foundation will take place: the Generation S1 and Generation S2 of Novartis, EARLY of Janssen, and the adaptive trial of the European consortium EPAD (European Prevention for Alzheimer’s Dementia).

The participants of the essays

For the tests that are done in the headquarters of the Foundation, more than half a thousand cognitively healthy people will be invited, between 60 and 85 years old (in the case of EPAD, from the age of 50). The participants come from the Alfa Study cohort, promoted by the Foundation thanks to the support of the “la Caixa” Banking Foundation, and from the databases of people who have expressed interest in participating in clinical prevention trials, provided that they comply with the inclusion criteria.

Among the criteria to enter the studies, which are different in each one, are factors associated with a higher risk of developing Alzheimer’s disease, such as the presence of one or two alleles Ɛ4 of the APOE gene and / or an abnormal high load of the amyloid beta protein in the brain. To determine these biomarkers, the participants will need to have a blood test, a PET scan of amyloid and, in some cases, a lumbar puncture.

Clinical trials in the BBRC, the firsts in Spain

The BBRC is specialized in research in the prevention of Alzheimer’s disease. It disposes of the large Alfa Study cohort, advanced facilities and a highly qualified staff to carry out clinical trials.

With the recent launch of these first clinical trials that took place in Spain, Dr. Molinuevo emphasizes that “prevention is the only option we have to generate a substantial change in the natural history of Alzheimer’s disease. It is an opportunity, not without difficulties, that can generate a before and after in the fight against Alzheimer’s”.

Alzheimer’s disease is one of the main challenges for countries with the highest life expectancy, as pointed out in the latest report of the Organization for Economic Cooperation and Development (OECD), which places Spain as the second country in the world with the best life expectancy, behind Japan. According to the study by Alzheimer’s Disease International, 46 million people suffer from dementia worldwide -800,000 in Spain-, in most cases caused by Alzheimer’s disease; a figure that could triple in 2050, reaching epidemic dimensions if an effective treatment for the disease is not found.

More information about the trials

BBRC has been the first European site that has started the recruitment of the Generation S1 trial. Novartis has been conducting this trial for two years already, which will evaluate the effectiveness of two drugs (CAD106 and CNP520), administered separately, to delay the onset and progression of clinical symptoms associated with Alzheimer’s disease, in participants who are at risk of developing symptoms. The trial envisages recruiting 1,340 participants worldwide, committed to continue treatment for 5 and 8 years.

Generation S2 began in the United States in August 2017, and has reached Europe also through the BBRC. The study will evaluate the effects and safety of a drug (CNP520) on cognition and overall clinical status in people who are at risk of developing clinical symptoms of Alzheimer’s disease according to their age, genetic predisposition and load of amyloid protein in the brain. The trial will be carried out on approximately 2,000 people from around the world, committed to taking the treatment between 5 and 7 years.

The pharmaceutical company Janssen is behind the EARLY trial, which began in 2015. Its objective is to evaluate the efficacy of a drug (JNJ-54861911) to delay the onset of cognitive decline in people with a very high amyloid protein load in the brain. The study plans to recruit 1,650 participants from around the world, who will have to continue treatment for 4 and a half years.

The EPAD European consortium is currently recruiting people to broaden its knowledge about the preclinical phase of Alzheimer’s and be able to conduct an adaptive clinical trial in the coming months. This trial will test different treatment arms at the same time, and will allow the rapid withdrawal of drugs that do not show positive results, as well as the introduction of new ones. The trial will involve 1,500 people from all over Europe. EPAD is funded by the grant nº 115736 of the Innovative Medicines Initiative, which is a joint initiative of the research and innovation program of the European Commission Horizon 2020 and the European Federation of Pharmaceutical Industries and Associations (EFPIA).