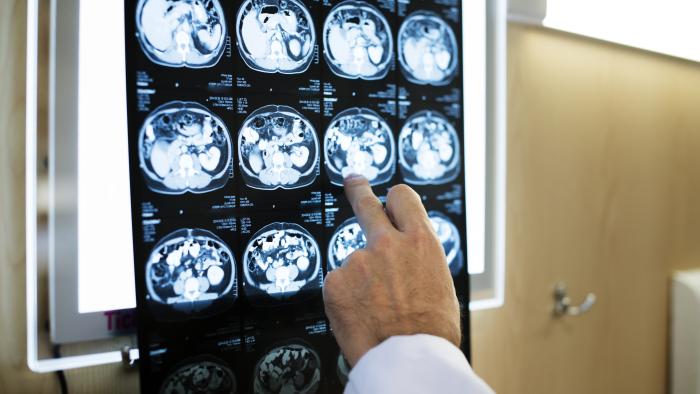 Research helps to better understand the relationship between biomarkers of Alzheimer’s disease and the pathophysiological mechanisms that are altered in their early stages.
Share: Compartir a Twitter Compartir a Facebook Compartir a LinkedIn + Compartir per WhatsApp
Research and scientific results

The Neuroimaging Research Group of the Pasqual Maragall Foundation's research center, the Barcelonaβeta Brain Research Center (BBRC), has studied how alterations in various biomarkers in the preclinical phase of Alzheimer's disease impact brain structure and function. The results show that the increase in neuroinflammatory biomarkers that are associated with alterations in the p-tau protein is linked to higher volumes of gray matter and an increase in brain glucose metabolism. These alterations would reverse in later stages of the disease, when neurodegeneration produces changes in the brain in the opposite direction.

The study was published in the journal Brain Communications, and was led by researcher Gemma Salvadó. In addition to the BBRC, scientific staff from the Hospital del Mar Medical Research Institute in Barcelona, the Center for Biomedical Research in the Fragility and Healthy Aging Network (CIBERFES) and the University of Gothenburg, Sweden, among others, are also participating.

The main novelty of this study is that, using cerebrospinal fluid (CSF) biomarkers, a relationship is established between these pathophysiological patterns and the behavior of two markers of brain morphology and function: the volume of gray matter, measured with brain magnetic resonance, and cerebral glucose metabolism, as measured by the uptake of fludesoxyglucose (FDG, a glucose analogue) by positron emission tomography (PET). "In the article, we suggest that these pathophysiological mechanisms may have a different association with brain structure and functions in preclinical phases than in more advanced stages, when they reflect neurodegeneration, mainly," says researcher Gemma Salvadó, first author of the article, which recently received the National Award for the best doctoral thesis on Diagnostic Imaging and Genomics from the QUAES Foundation.

Although alterations in amyloid beta and p-tau protein define Alzheimer’s disease, other pathophysiological pathways, such as neuroinflammatory mechanisms, are also affected during the early stages. "Understanding better these disorders, their interrelationships and when they arise is relevant because it could provide new ways to slow the progression of the disease," adds Salvadó.

The goal of the scientific team was to better understand the biological underpinnings of brain changes in the preclinical stages of Alzheimer’s disease. "It is important because it makes it possible to identify biological pathways that are already altered in asymptomatic stages and are potential therapeutic targets for Alzheimer's prevention", explains Juan Domingo Gispert, leader of the BBRC Neuroimaging Research Group and also one of the leading researchers of the study.

To carry out the research, the research team had the participation of 319 people without cognitive impairments from the cohort of ALFA + participants (within the ALFA, Alzheimer's and Families Study), promoted by the ”la Caixa” Foundation, most with a family history of Alzheimer’s.

ALFA + participants were selected for a very complete assessment that included, but was not limited to, clinical and cognitive testing and a lumbar puncture. The results of the study show that during the early stages of Alzheimer’s, higher volumes of gray matter and FDG can occur, and this would later reverse in the course of the disease, when neurodegeneration causes structural and metabolic changes in the brain.