Within the framework of the Science Festival, Dr. Aleix Sala gave the talk 'From the plate to the brain'
Share: Compartir a Twitter Compartir a Facebook Compartir a LinkedIn + Compartir per WhatsApp
Congresses and events

Dr. Aleix Sala, researcher at the Clinical Research Group, Biomarkers and Risk Factors of the Barcelonaβeta Brain Research Center (BBRC), gave the talk 'From the plate to the brain' on 13 June at the Institute of Marine Sciences (ICM-CSIC ). The event, presented by Paula Montilla Mateu, took place within the framework of the Science Festival of the City and Science Biennial 2021 with the collaboration of the Catalan Association of Scientific Communication (ACCC).

Dr. Sala, who is leading a line of research at the BBRC focused on the impact of healthy fat consumption on the development of Alzheimer’s, explained in his talk the neuroprotective properties of omega-3 acids. The researcher explained how these fatty acids, present in foods such as blue fish, walnuts and flax seeds, could help delay the onset of the first symptoms of Alzheimer's disease.

The talk took place as part of a series of short conferences "Food and Health", led by scientists from different fields and designed to generate debate about food production and its properties. The City and Science Biennial offered from 8 to 13 June in Barcelona a series of round tables, talks, workshops, film forums and guided tours, among others, to invite the reflection of knowledge from different disciplines. 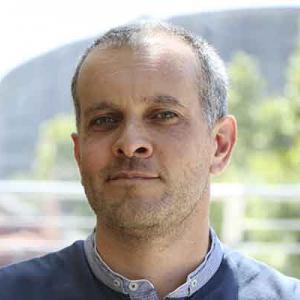