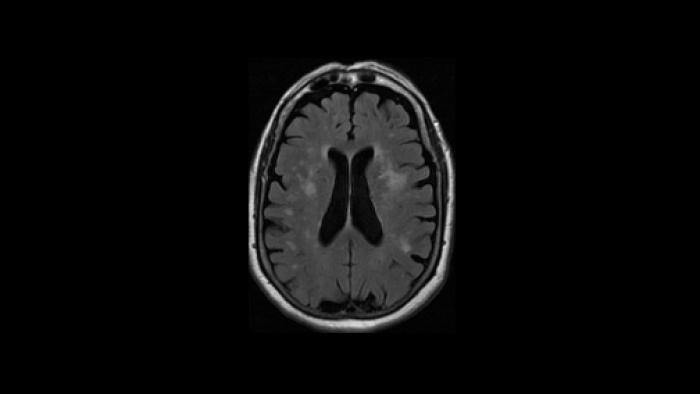 The neuropsychologist and researcher of the BarcelonaBeta Brain Research Center (BBRC), Anna Brugulat, defended last Friday June 21 her PhD thesis ‘Impact of Alzheimer's Disease Risk Factors on White Matter Hyperintensities and Cognition in Cognitively Unimpaired Individuals’. This is the result of a 4-year work which has used data from the Alpha Study cohort.

The thesis is an important milestone for the BBRC, since it is the first one that has been developed within its Alzheimer's research program. "It’s the first of many to come" Brugulat says. Her thesis directors were BBRC researchers Juan Domingo Gispert and José Luis Molinuevo, and the Pasqual Maragall Foundation’s neuropsychologist Nina Gramunt. 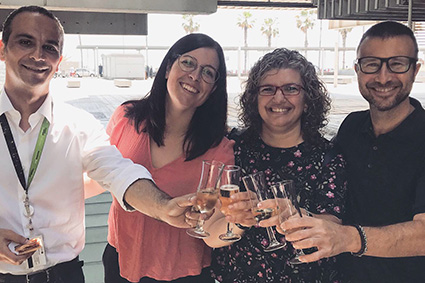 White matter hyperintensities are some of the most frequent findings in magnetic resonance and its prevalence increases with age. Although they often do not cause any symptoms, they have been found to negatively impact multiple cognitive areas and are considered a risk factor for Alzheimer's disease (AD). "The main objective of my thesis was to study the impact of AD risk factors on hyperintensities of white matter in a cognitively unimpaired middle-aged population," explains Brugulat, who notes that the research has also explored "possible mechanisms through which these injuries have an impact on cognition".

The results "shed light on the impact of risk factors on brain resilience and / or vulnerability in AD", and show that, despite its low prevalence, these risk factors have a significant impact on the brain structure and the cognition of cognitively unimpaired people. Thus, the results stress the need to control modifiable risk factors in middle-aged people with greater risk of developing white matter hyperintensities, in order to prevent or delay the onset of cognitive decline.