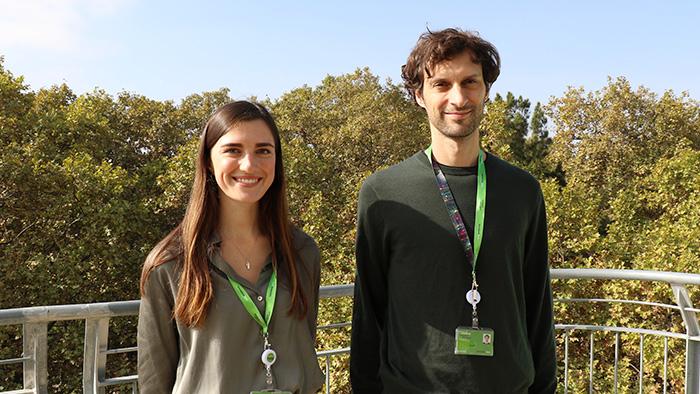 BBRC researchers Laura Stankeviciute and Oriol Grau led the study, together with Jonathan Blackman, from the University of Bristol.
Share: Compartir a Twitter Compartir a Facebook Compartir a LinkedIn + Compartir per WhatsApp
Research and scientific results

An international team led by researchers Laura Stankeviciute and Oriol Grau, from the Pasqual Maragall Foundation research center, the Barcelonaβeta Brain Research Center (BBRC), together with Jonathan Blackman, from the North Bristol NHS hospital Trust and the University of Bristol, has shown an association between sleep quality and Alzheimer's disease-related pathology in people without cognitive impairment.

The results of the analysis, which is part of the European Prevention of Alzheimer's Dementia Longitudinal Cohort Study (EPAD LCS), have been published in the scientific journal Brain Communications, and indicate that poor sleep quality is related to an increase in pathology of Alzheimer's disease. This finding is relevant to help define future therapies, so that they can be targeted at the appropriate phase of the disease.

A cross-sectional analysis of sleep quality

Sleep abnormalities are common in Alzheimer's disease, and sleep quality can be affected early in the preclinical stage of the disease, even when no other symptoms are experienced. Understanding how and when sleep deprivation contributes to Alzheimer's disease progression is important for the design and implementation of future therapies.

"The epidemiological and experimental data available to date already suggested that sleep abnormalities contribute to the risk of Alzheimer's disease”, explains Laura Stankeviciute, a predoctoral researcher at the BBRC and one of the main authors of the study. "However, previous studies had limitations due to the lack of biomarkers of Alzheimer's disease, because they had a non-cross-sectional design, or because of the small size of the sample of participants”, she clarifies. This is the first study to include all of these factors.

Using data from the largest cohort to date, the European Prevention of Alzheimer's Dementia Longitudinal Cohort Study (EPAD LCS), researchers have been able to validate the hypothesis that sleep deprivation is associated with cerebrospinal fluid (CSF) biomarkers of Alzheimer's disease cross-sectionally, and which predicts future increases in disease in people without identifiable symptoms of Alzheimer's disease at baseline.

The BBRC team, in collaboration with researchers from the University of Bristol, has analyzed data from 1,168 adults over 50 years of age, including biomarkers of Alzheimer's disease in cerebrospinal fluid, cognitive performance and sleep quality. To measure the latter, they have used the Pittsburgh Sleep Quality Index (PSQI) questionnaire.

"Through these analyses, we have been able to study associations between the main biomarkers of Alzheimer's disease and different measures of sleep quality, such as its total score, duration, efficiency and alteration", specifies Dr. Oriol Grau, head of the Clinical Research Group and Risk Factors for Neurogegenerative Diseases of the BBRC. By analyzing cerebrospinal fluid samples from 332 participants taken at baseline and after an average period of 1.5 years, researchers have been able to assess the effect of baseline sleep quality on change in biomarkers of Alzheimer's disease over time.

Cross-sectional analyzes reveal that poor sleep quality is significantly associated with increased t-tau protein in cerebrospinal fluid. Among other findings, it has been shown that a short duration of sleep, less than seven hours, is associated with higher values of p-tau and t-tau, key biomarkers to measure Alzheimer's risk in the preclinical phase of the disease. Furthermore, longitudinal analyzes showed that greater sleep disturbances were associated with a decrease in the Aβ42 biomarker over time.

This study demonstrates that participant-reported poor sleep quality is associated with greater Alzheimer's disease-related pathology in individuals without cognitive impairment. "Our results further strengthen the hypothesis that sleep disruption may represent a risk factor for Alzheimer's disease”, says researcher Laura Stankeviciute. "For this reason, future research is needed to test the efficacy of preventive practices, designed to improve sleep in the presymptomatic stages of the disease, in order to reduce the pathology of Alzheimer's disease”, she concludes.

European Prevention of Alzheimer's Dementia (EPAD) is a European collaborative research to expand knowledge about the preclinical phase of Alzheimer's in order to prevent dementia before symptoms appear. The project, in which 38 European institutions are participating, is funded by grant no. 115736 from the Innovative Medicines Initiative, a joint initiative of the European Commission's Horizon 2020 research and innovation program and the European Federation of Pharmaceutical Industries and Associations (EFPIA). 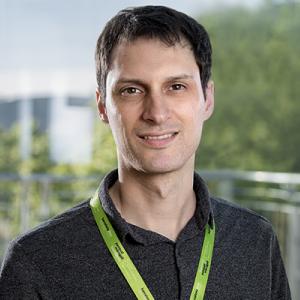 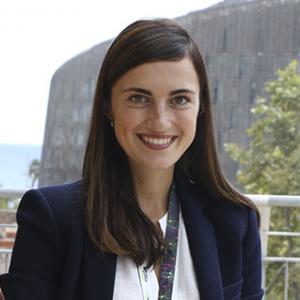