The BBRC launches Beta-AARC, a cohort study to identify blood biomarkers from the onset of Alzheimer's 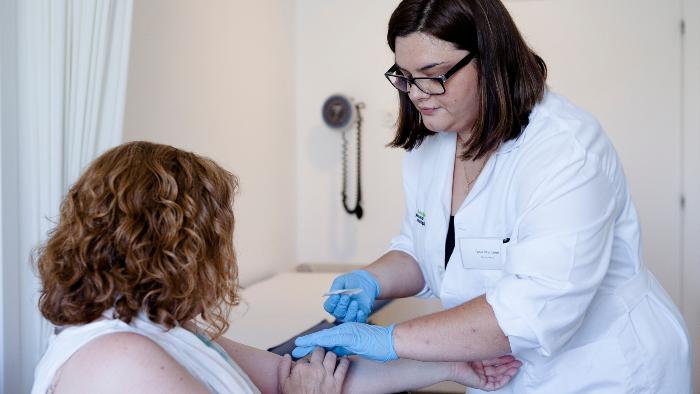 The study will include 200 people between the ages of 55 and 80 who experience a subjective decline in memory.
Share: Compartir a Twitter Compartir a Facebook Compartir a LinkedIn + Compartir per WhatsApp
Research studies

The Barcelonaβeta Brain Research Center (BBRC) has just started a new clinical study that will analyze possible biomarkers in the blood of Alzheimer’s in the phase of the onset of the first symptoms of the disease. Beta-AARC: Cohort study for the identification of blood biomarkers in the population with subjective cognitive decline wants to define the factors involved in the onset of the biological process of Alzheimer's disease and determine the biomarkers that predict its evolution .

The study will include 200 people between the ages of 55 and 80 who experience a subjective decline in memory or other cognitive abilities, such as attention, planning ability, and orientation. Participants will undergo a series of clinical, cognitive, imaging tests, and biomarker determinations in blood and cerebrospinal fluid in two sessions over a three-month period.

The ultimate goal of Beta-AARC is to take a step forward in the early prognosis of Alzheimer's. Finding biomarkers characteristic of the beginnings of the biological process of the disease would place the diagnosis at an earlier stage than the manifestation of the first symptoms, when brain damage is already noticeable and irreversible, and thus propose effective preventive and therapeutic actions. On the other hand, the study also aims to deepen the knowledge of the factors that influence the onset of the disease and how mental abilities and the brain are affected by other aspects, such as the symptoms of the affected person and the age at which it occurs.