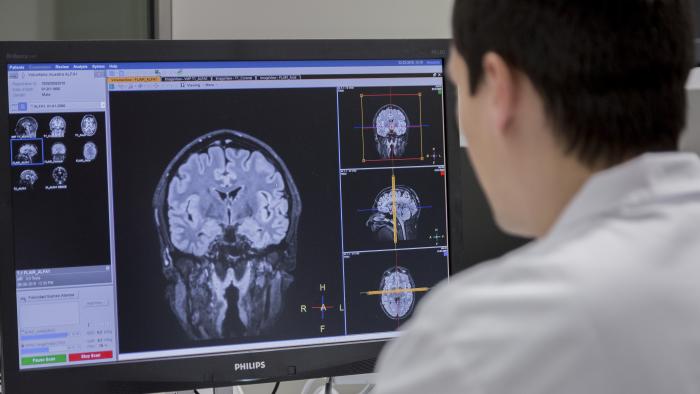 Carriers of the APOE ε2 gene may have a larger brain reserve and better protection against Alzheimer’s
Share: Compartir a Twitter Compartir a Facebook Compartir a LinkedIn + Compartir per WhatsApp

A multicenter study led by researchers from the BBRC Neuroimaging Research Group, a center run by the “la Caixa” Foundation, has shown that carriers of APOE ε2 could have a greater brain reserve and therefore additional protection against Alzheimer's that will allow them to better cope with aging and the consequences of this disease. Having two copies of the apolipoprotein E allele (APOE ε2) provides strong protection against Alzheimer's disease. However, the effect of this genotype on the volume of gray matter in people without cognitive impairment has not been studied so far due to its low prevalence. This new research has shown that carriers of the APOE ε2 gene have double protection. On the one hand, they have more gray matter in the areas of the brain that atrophy with Alzheimer's, which gives them better protection against the disease. In addition, they also have more gray matter in areas associated with cognitive reserve, which would also allow them to increase the brain's ability to resist when the main areas affected by the disease begin to deteriorate.

The study, published in the journal Alzheimer’s & Dementia, was made possible by the participation of several cohorts that included participants from the Alfa study, which has the support of the ”la Caixa” Foundation; of the Amsterdam Dementia Cohort (ADC) in the Netherlands; from Gothenburg H70 Birth cohort study (H70) and from BioFINDER, both from Sweden; from The Alzheimer’s Disease Neuroimaging Initiative (ADNI) in the United States and Canada, and the Open Access Series of Imaging Studies (OASIS) in the United States.

The study of brain properties in carriers of two copies of the ɛ2 allele in old age and without cognitive impairment will serve to increase our understanding of the biological mechanisms associated with this protective allele. Research suggests that the ε2 allele has an opposite effect to the ε4 allele (the main genetic risk factor for Alzheimer's) in gray matter volumes, so the findings of this study complement previous studies in the ALFA cohort that already showed that having an ε4 allele was associated with lower volumes of gray matter in areas known to be affected by Alzheimer's disease. This may help to understand in future research the exceptionally low risk of people with the ɛ2 allele of developing dementia due to Alzheimer's.