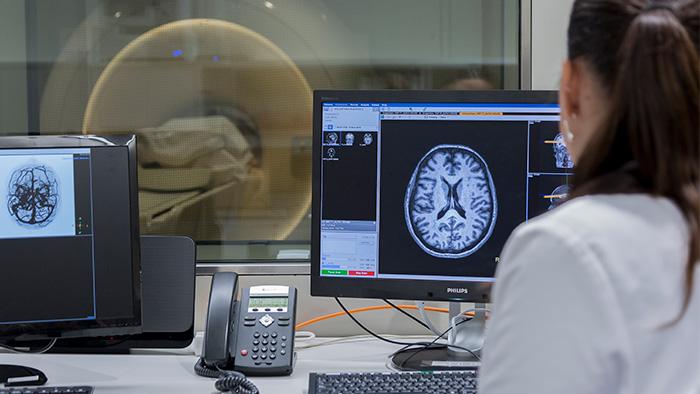 The North American BrightFocus Foundation has awarded an Alzheimer's Disease Research Standard Award to the project 'Understanding the impact of midlife cardiovascular risk factors & subclinical atherosclerosis where brain's health: a role where Alzheimer's pathology', focused on the longitudinal determination of plasma biomarkers of neuronal damage, neuroinflammation and Alzheimer's disease in the participants of the PESA-CNIC-SANTANDER study, of whom brain images have been obtained. Alzheimer's disease and atherosclerosis are characterized by a long and slow progression that begins long before the manifestation of the first symptoms. In addition, both pathologies share risk factors, although it is being studied whether both diseases may also share an underlying process.

The award-winning project is coordinated by Dr. Marta Cortés Canteli, a researcher at the National Center for Cardiovascular Research (CNIC), together with Dr. Valentín Fuster, General Director of the CNIC, and Dr. Juan Domingo Gispert, head of the Neuroimaging group of the Barcelonaβeta Brain Research Center (BBRC) and member of the CNIC. This project will have a duration of 3 years and will be financed with 100,000 dollars per year (95,000 euros).

The Progression of Early Subclinical Atherosclerosis (PESA-CNIC-SANTANDER) is a study that began in 2010 to identify the presence of atherosclerosis and associated disorders from early stages to the phases where symptoms appear. This is a pioneering project in the use of non-invasive imaging techniques to improve the estimation of the risk of cerebrovascular diseases. PESA study participants with subclinical atherosclerosis show an association between cardiovascular risk and subclinical cardiovascular disease with cerebral hypometabolism in brain regions known to be decreased in Alzheimer's disease. For this reason, researchers are currently trying to determine to what extent this brain hypometabolism is caused by neuronal damage and whether neuroinflammation and/or Alzheimer's disease is also involved.