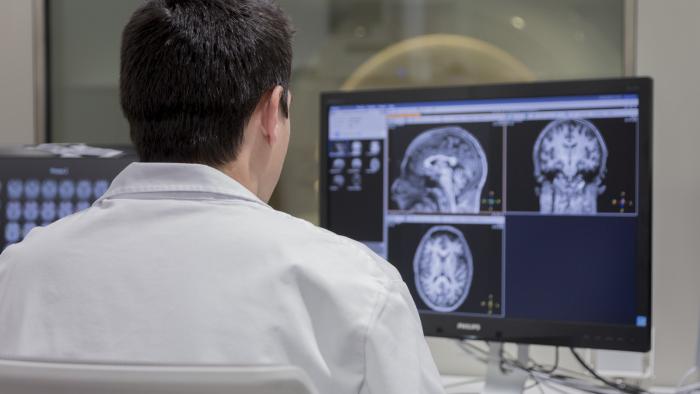 A team led by the research center of the Pasqual Maragall Foundation, the Barcelonaβeta Brain Research Center (BBRC), has shown that there is a greater consumption of cerebral glucose in the early stages of Alzheimer's associated with activation of astrocytes, a characteristic process of neurodegenerative diseases that affects one of the main brain cells. This process produces changes in cerebral metabolic regulation, and actively contributes to the evolution of the disease.

The findings of the research, carried out with the participation of volunteers from the Alfa Study, promoted by the ”la Caixa” Foundation, also support the idea that glial fibrillary acidic protein (GFAP) measured in blood may be an earlier marker of activation of astrocytes than the same protein measured in the cerebrospinal fluid, and opens new avenues for the investigation of biomarkers in blood and for a better prevention of Alzheimer’s.

This pioneering study is one of the first investigations into the involvement of the glial system in neurodegenerative diseases. It has been published in the scientific journal European Journal of Nuclear Medicine and Molecular Imaging, and has been led by Dr. Gemma Salvadó, from the Neuroimaging Research Group of the Barcelonaβeta Brain Research Center. In addition, scientific staff from the University of Göteborg and King's College London, among others, have also participated.

Astrocyte activation (or astrogliosis) may influence not only the spread of the main pathological features, but also the clinical course of cognitive disturbances in people affected by the disease. “Studying the relationship between metabolic demand and astrocytic reactivity in the preclinical stages of Alzheimer's is very relevant, because the brain represents 20 to 25% of the total glucose consumption of our body. And approximately half of brain glucose consumption is presumably processed by astrocytes”, explains Dr. Juan Domingo Gispert, head of the BBRC Neuroimaging Research Group and one of the corresponding authors of the study. "Such energy consumption is ongoing, so failure to maintain this high metabolic demand that already appears in the preclinical stages of Alzheimer's can have significant deleterious consequences later in the course of the disease," he notes.

Astrocytes are glial cells that perform various support functions for the proper functioning of neurons. One of its main functions is to regulate brain energy metabolism, based on glucose consumption. It is known as reactive astrogliosis to changes in the morphology and function of astrocytes in response to the presence of pathological alterations in the brain, and it is one of the first mechanisms that are triggered in Alzheimer's, probably in response to the early accumulation of protein amyloid in the brain.

The association between reactive astrogliosis and cerebral glucose metabolism has been studied through glial fibrillary acidic protein (GFAP), related to this process, and measured both in blood and in cerebrospinal fluid (CSF) in the same participants. Although the results suggest that higher reactive astrogliosis is related to significantly higher brain glucose consumption, this relationship appears to reverse with the onset of tau pathology. In these cases, a higher level of GFAP in the cerebrospinal fluid is associated with a lower consumption of glucose. "Given that this last effect was observed in the areas that are affected in later stages of the disease in which the symptoms appear, we believe that it may be due to the fact that the astrocytes are no longer capable of maintaining such a high energy demand", argues Dr. Gispert.

This is the first time that associations between GFAP protein markers and fludeoxyglucose uptake have been studied both through a lumbar puncture and a blood test. “It is important to highlight that the measurement of the GFAP protein in blood has only been possible very recently and only in leading centers in the analysis of Alzheimer's biomarkers at a global level”, indicates Dr. Gemma Salvadó.

To carry out the study, 314 participants without cognitive impairment were included from the Alfa+ cohort, within the Alfa Study, promoted by the ”la Caixa” Foundation, most of them with a family history of Alzheimer's. Among them, 112 had increased amyloid load. The results of the research could be key in the development of future preventive interventions targeting inflammatory mechanisms and energy dysfunction in preclinical stages of the disease, which help prevent the progression of Alzheimer's.