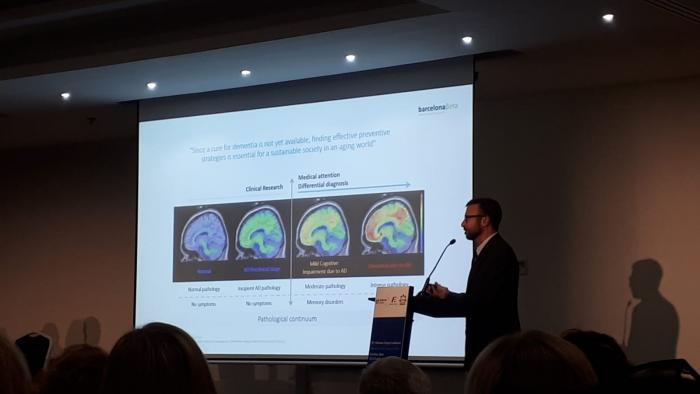 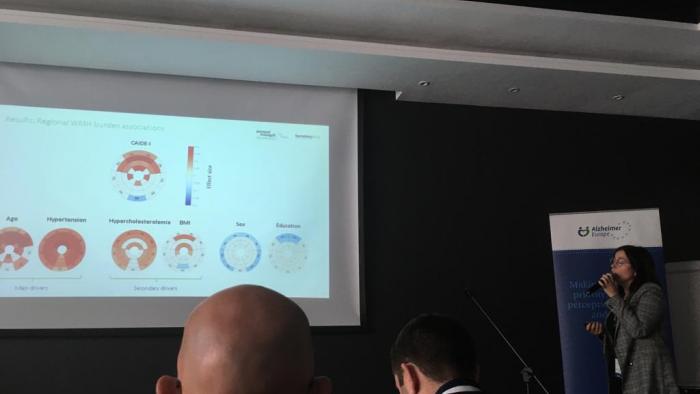 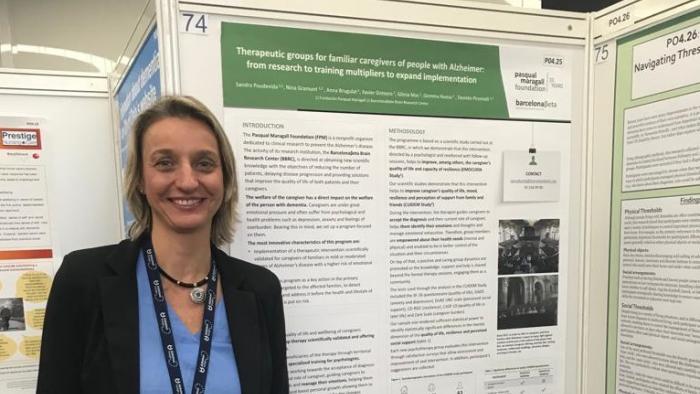 Molinuevo expressed the rationale behind preventing Alzheimer’s disease and the reason why prevention may be a key way forward to tackle it. However, he stressed, this is far from easy and there are many challenges along the way. “Although the advent of biomarkers does allow us to identify AD in vivo through biomarkers that are proxies of pathology, and improved trials design is allowing us to test new pathways in a more efficient way, defeating Alzheimer’s disease is still a challenge that will require all of us working together to find a solution” he commented.

Anna Brugulat, predoctoral researcher of the Neuroimaging group at BBRC, also participated in the conference. She presented in an oral communication a study on spatial patterns of white matter hyperintensities associated to Alzheimer’s disease risk factors in a cognitively healthy middle-aged cohort, and a poster about patterns of white matter hyperintensities associated to cognition in the same individuals from the Alfa Study parent cohort.

The team of the Social Program of the Pasqual Maragall Foundation and BBRC also attended several discussions about dementia as a care, human rights and policy priority. Dr Sandra Poudevida, member of the Social Program team, presented in a poster the therapeutic groups for familiar caregivers of people with Alzheimer’s disease carried out at the Pasqual Maragall Foundation.

The motto of this 11th edition of the conference was “Making dementia a European priority”. The conference formally closed the 31st of October with a total of 800 participants, 239 speakers and 175 poster presenters.