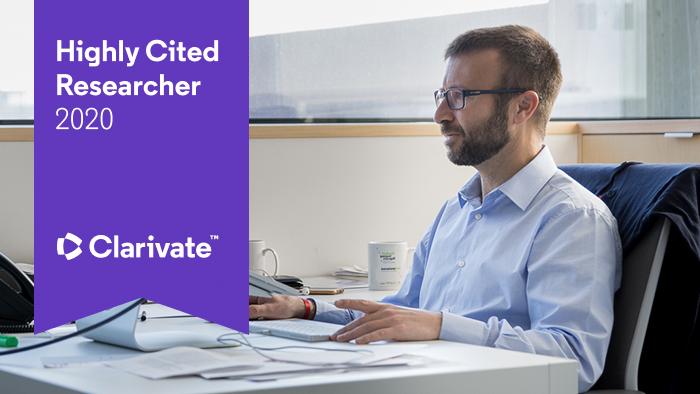 The promoter of the Alzheimer's Prevention Program of the Barcelonaβeta Brain Research Center (BBRC), José Luis Molinuevo, has been included in the prestigious list ‘Highly Cited Researchers 2020’ from Clarivate.

The list identifies researchers who demonstrated significant influence in their chosen field or fields through the publication of multiple highly cited papers during the last decade. Specifically, the 6,167 researchers highlighted in this year's list are drawn from the publications that rank in the top 1% by citations for field and publication year in the Web of Science™ citation index.

David Pendlebury, Senior Citation Analyst at the Institute for Scientific Information at Clarivate said: “In the race for knowledge, it is human capital that is fundamental, and this list identifies and celebrates exceptional individual researchers who are having a great impact on the research community as measured by the rate at which their work is being cited by others”.

Check out the list of the most cited researchers of 2020 in this link.