"Thanks to research, I have learned to be persistent, work hard and strive, but also to tolerate frustration"

On the occasion of the International Day of Women and Girls in Science last February 11, we asked four women from the Barcelonaβeta Brain Research Center (BBRC) to talk to us about their experience.

Read the story of Eider Arenaza, Mahnaz Shekari, Annabella Beteta and Marta Milà. They tell us how their interest in science was born, their references and what their job gave and still gives to them.

When I was younger, I wanted to be an artist! I was singing and dancing all the day. I remember that I recorded the choreographies of groups that I liked from TV and I repeated them over and over again until I learned them. At school, “science” subjects had always interested me and when I had to choose my degree, I studied Psychology because I was interested in understanding human behavior and mind. After that, I studied a Master’s Degree in Neuroscience and I began an internship at the University of Barcelona (Faculty of Medicine).

Until then, I had never imagined doing research. My thesis supervisor introduced me to the cognitive reserve theory: it was my first experience with research and it is the topic I am still working on today. I am passionate about the brain mechanisms and lifestyles that allow some people to maintain their cognitive functions in the elderly.

Thanks to research, I have learned to be persistent, work hard and strive, but also to tolerate frustration. I have learned teamwork and to do the exercise of remembering why I am doing what I am doing in a system in which many times individuality and competitiveness obscure the common objective. I have met many people with the same interests and way of doing things.

I have been 6 years doing research in France and the United States. On the one hand, it has allowed me to travel, and, on the other hand, to learn a lot about how to do research in groups that were a reference to me.

Over time, I have been a network of women colleagues in science from different countries. With them, I share scientific interests but also common experiences and difficulties, and we support each other. I am very happy of having found this support and complicity also with my BBRC colleagues.

I feel very lucky because I can work on something that I like and I feel motivated about. I like being creative and generating new ideas. I also love working on a group with a common aim and thinking that what we do is important and can have an impact on people’s life.

When I was younger, my dream job was to become a medical doctor. The reason for my interest comes from the cultural aspects of that time in my country, Iran. One of the main ethical things that we learned in high school was how to have compassionate feelings with society when people need us. So, it was so satisfying for me to help others. As I remember, physicians were highly respected, in an exaggerated way, and most of the students like me were excited to reach that position.

During high school, I found that I am passionate to learn physics, and it was the most enjoyable course that I had. The reason for my interest was that physics explains the underlying process behind all the phenomena that we are experiencing in our daily life. But I had no idea that it could keep me in science!

In my opinion, one of the most important achievements of being involved in science is that it fulfills my ambition of being useful and helpful for society. Another thing that science gives to me is the challenge to find a better understanding of the mechanisms behind the process as well as providing solutions.

There are several aspects that I like about working as a researcher. The most important part is the dynamic learning process. I mean, research never stops and every day there are new challenges and new achievements in each field. So, if you are a researcher, you need to keep track of the changes!

My interest in science goes back to my childhood. My parents are both physicians and they knew how to raise interest about science to my 3 siblings and me: we all followed their steps and studied Medicine. Many of my first memories are in a hospital with my mother while she was visiting their patients, for example. Without any doubt, they are my references because they not only gave me the best example, but they also gave me values that are very important in this career such as ethics, empathy and respect for people.

At the beginning, I thought that I would specialize in Pediatrics as well as my mother, but throughout my career I changed, my mind and I finally chose familiar and community medicine. After that, I became interested in research and I did some little projects about the population from the primary health center where I studied. Later, I had the opportunity of taking part of bigger clinical assays and finally I arrived at the BBRC, where I am lucky to work with great professionals who I learn from every day. Here, I would also like to mention research participants we work with: they are charming and very dedicated people and we even get to establish a bond of friendship with them.

Science has contributed a lot to my life! I think that I the first think I would mention would be the knowledge, the vision and the critical thinking that I can apply in every aspect of my life. As a physician, being able of alleviating the physical or emotional discomfort of a person is highly gratifying.

On the other hand, in the research area, thinking of the impact of the scientific projects we work on is really satisfying. Contributing to a cause of this kind is a very important achievement for me.

I am in the beginning of my science career, but I could say that science is providing me with continuous learning to ask the right questions and to know the best way to find answers, not to lose curiosity, to be critical… Being a PhD student is helping me to grow not only professionally but also as a person.

My interest in science came from a young age. As I child I wanted to become a teacher, but soon I became interested in natural sciences, and I began to admire Jane Goodall’s career and her work in the field of animal behavior, as well as her passion and strength as a scientists and as a woman.

Some years later, when I had to decide my degree, I doubted about studying Pharmacy, Biology, Psychology or Medicine, and I finally chose Human Biology. During my career, I discovered neuroscience (from subjects such as Psycobiology or Behavioral Biology, and I knew that was the area I wanted to follow! I was so fascinated by the study of the behavior and the functioning of the human brain that it encouraged myself to study psychology as well. The truth is that I am very happy of having chosen this way: biology and psychology make a very interesting tandem!

Regarding my scientific references, I have been inspired and motivated by some of my teachers like Rafael Maldonado, Olga Valverde or Carme Junqué. Now, my mentors and scientific examples are my supervisors Marc Suárez and José Luis Molinuevo at the BBRC.

In conclusion, what I like the most about my job is to contribute to the research of such a prevalent and painful disease as Alzheimer’s. The social impact of any small finding is very significant and this encourages us to keep working to fight it! 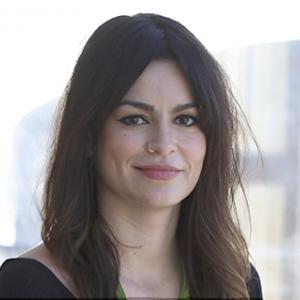 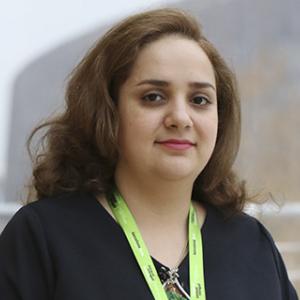 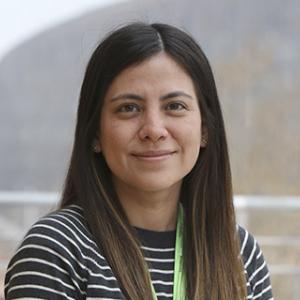