Dr. José Luis Molinuevo participates in a paper that recommends informing about beta amyloid as a risk factor for dementia 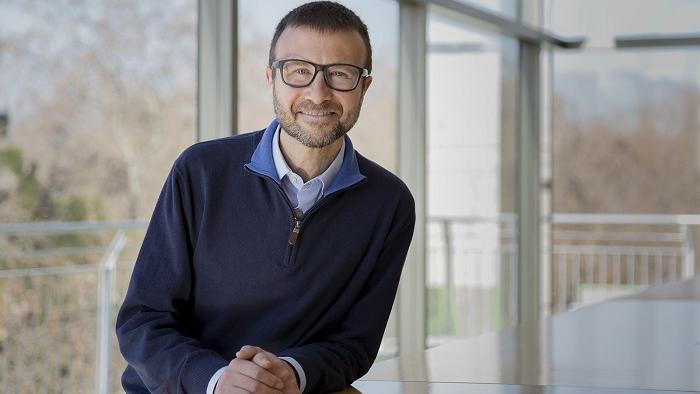 International scientists recommend that the abnormal accumulation of proteins, such as beta amyloid, in the brains of healthy people, is transmitted as a risk factor for developing dementia related to Alzheimer’s disease. Thus, experts try to align the way scientific advances are explained to the language that society uses. Dr. José Luis Molinuevo, the Scientific Director of Alzheimer’s Prevention Program of the Barcelonaβeta Brain Research Center (BBRC), is one of the authors who signs this vision published in Lancet Neurology.

The scientific community and society understand in a different way what it means to suffer from Alzheimer’s disease. On the one hand, for society, suffering Alzheimer’s means having progressive memory losses that lead the patient to increasing levels of dependence. This is because, in the clinic, the diagnosis of the disease is based on cognitive tests when the person already has memory deficits.

On the other hand, several scientific studies show that the diagnosis of the disease is very late, since brains of people with Alzheimer’s experience pathological changes up to 20 years before the first symptoms. Among these changes is the accumulation of beta amyloid protein (amyloidosis). Therefore, the researchers consider that this accumulation is the first step in the pathophysiological process of Alzheimer’s disease, even if there is no cognitive impairment.

A common language about Alzheimer’s

In order to avoid using these different languages, the authors of the article advise talking about cerebral amyloidosis as a risk factor for developing Alzheimer’s-associated dementia, not as a first phase of the disease itself. According to experts who sign the vision, this approach is more accurate and consistent with a society that is more open to accept that a healthy person has a risk factor than to accept that they have Alzheimer’s disease, as it is currently a disease with ho treatment available.

It is important to note that the accumulation of beta amyloid in the brain is not enough to ensure that patients will suffer from Alzheimer’s disease in the future because it is a disease in which multiple factors are involved. For this reason, its detection as a risk factor would help identify candidates that could be included in studies to prevent the disease. “This new vision opens the doors to bring dementia and Alzheimer’s prevention programs closer to society. From this base, in the future we will be able to inform about the risk of suffering from the disease and act to reduce it”, highlights Dr. Molinuevo.

Amiloydosis of the brain: a key risk factor

Beta amyloid accumulation in the brain occurs very early in the development of Alzheimer’s disease, even 20 years before cognitive symptoms appear. Studying amyloidosis as a risk factor could help launch clinical trials to prevent Alzheimer’s in people without cognitive symptoms but whose brains already have pathological changes.

This situation is common to risk factors of other disease. This is the case of hypertension, for example, which was considered as a risk factor for cardiovascular disease for the first time in 1975. This change in the definition allowed reducing the risk of suffering from this kind of diseases, such as heart attacks or strokes.