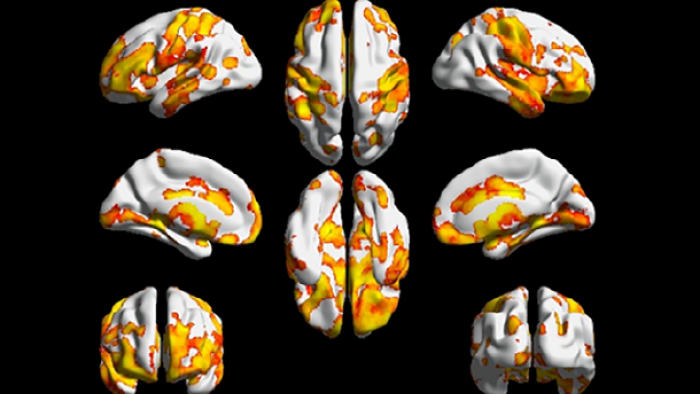 White matter hyperintensities are lesions in this brain tissue that have been associated with cardiovascular risk factors. These lesions are frequently detected in brains of elderly people and have been related to a higher risk of Alzheimer’s disease. A new study by the Barcelonaβeta Brain Research Center (BBRC) has shown that white matter hyperintensities and gray matter volume have an impact on the cognition of healthy people.

The research, which has been published in Human Brain Mapping, has been carried out with 521 participants of the Alfa Study, promoted by “la Caixa" Foundation. All of them underwent an MRI and performed several cognitive tests of episodic memory and executive functions. “This cohort is interesting in comparison to previous research because the participants are younger, cognitively healthy and have a low incidence of risk factors of cardiovascular diseases”, says Gemma Salvadó, one of the first authors of the study.

The results show that white matter hyperintensities are related to a smaller volume of gray matter, especially in temporal and frontal regions of the brain. Therefore, it has been seen that, even in a younger and healthier cohort such as the Alfa cohort, the presence of white matter hyperintensities, which can be prevented by controlling cardiovascular risk factors, is related to changes in the gray matter. In addition, the study shows that both factors together have a very significant impact on the processing speed of the brain in cognitively healthy people, but not in their memory.

“The results indicate that the control of modifiable risk factors by, for example, having a healthy diet or doing physical exercise, represents a valuable prevention strategy to preserve cognitive performance”, explains Dr. Juan Domingo Gispert, Group Leader of the Neuroimaging Research Group at the BBRC.

A study that complements previous findings

Previous studies had already confirmed that alterations in the volume of gray matter were related to worse cognitive performance. A previous study at the BBRC, which was also carried out in participants of the Alfa Study, found that white matter hyperintensities have an impact on cognition in cognitively healthy people.

On the other hand, previous research at the BBRC had also explained the relationship between changes in gray matter and cognitive performance. However, the simultaneous interrelation between white matter hyperintensities, gray matter volume patters and cognition, had not been so studied.