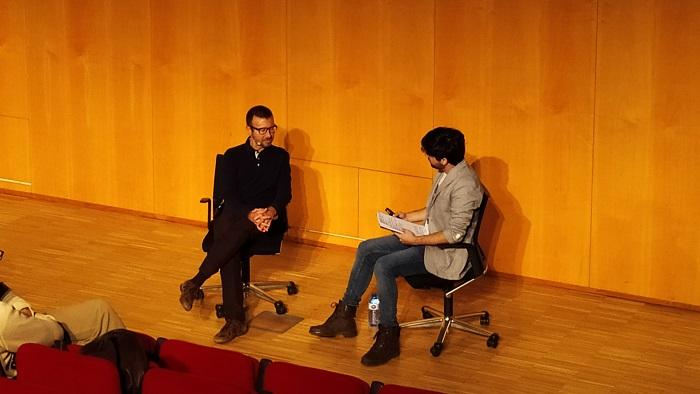 Dr. José Luis Molinuevo, Scientific Director of Alzheimer’s Prevention Program of the Barcelonaβeta Brain Research Center (BBRC), was interviewed at BCNSpiracy Talks, a scientific dissemination event that took place on November 9. It was held in CosmoCaixa within the framework of the Science Week 2019.

Ignacio Crespo, doctor and scientific disseminator, was in charge of interviewing the BBRC researcher and started with a brief presentation about memory. Next, the interview allowed Dr. Molinuevo to explain what Alzheimer’s is and how it is diagnosed, how biomarkers can help detect pathology in the brain and what lines of research are carried out at the BBRC.

More than 10 scientific disseminators also took part of the event. They talked about diverse topics such as cancer, environmental pollution and superbugs. In addition, a round table about diverse science was held, where the role of women, the LGTBI collective and people with functional diversity in science was highlighted.

From November 8 to 17, the 24th Science Week, an initiative that is coordinated by the Catalan Foundation for Research and Innovation, is celebrated in Catalonia. During these days, a lot of activities are organized to bring scientific research and knowledge closer to the general population.