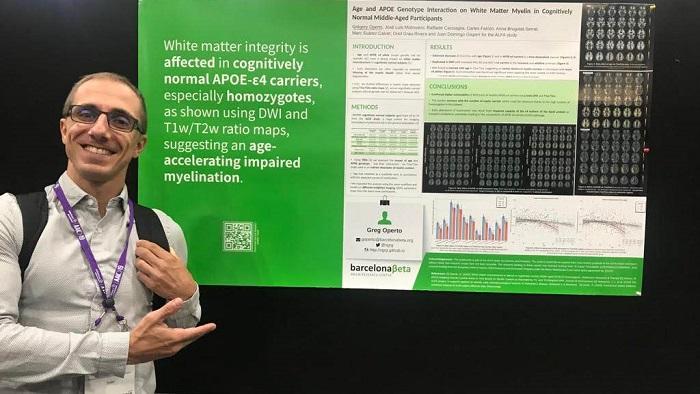 A new study from the Barcelonaβeta Brain Research Center (BBRC) has found that cognitively healthy people with a variant of a gene called APOE-ε4 gene, which is related to a higher risk of Alzheimer’s disease, have myelin alterations in the white matter of the brain. The research has been published in NeuroImage: Clinical and has been possible thanks to data from the Alfa Study cohort, promoted by “la Caixa”.

The research has been carried out with 515 participants of the Alfa Study, all of them middle-aged and cognitively healthy. The presence of myelin in the white matter of the brain using magnetic resonance was compared with the presence of the ε4 variant of the APOE gene. The APOE gene has three possible variants or alleles (Ɛ2, Ɛ3 and Ɛ4) and each person has a combination of two of these alleles that confer different risk of Alzheimer’s disease. It has been seen that people with two copies of APOE-ε4 are more vulnerable to age-related processes and pathological changes of Alzheimer’s. Among others, they have less myelin content than their age.

APOE is involved in the transport of cholesterol, the main component of myelin that covers the axons, so impairments in APOE’s function could explain the increased risk of suffering Alzheimer’s in carriers of APOE-ε4. “It is necessary to keep investigating to find therapies that protect against the loss of myelin in the brain”, highlights Dr. Grégory Operto, first author of the study.

The results support a previous publication of the same team at the BBRC, which used diffusion techniques to describe that APOE-ε4 carriers had microstructural changes in the white matter. In this case, the analysis has been carried out using the T1 vs T2 ratio with magnetic resonance, a more accurate technique than diffusion to detect myelin content.

The Alfa Study, an essential cohort for the study

The Alfa Study is a research platform which has the support of “la Caixa”. The goal is to identify the early pathophysiological characteristics of Alzheimer’s disease, as well as its early detection, and to be able to develop prevention strategies. 2,700 cognitively healthy adult participants are part of the cohort.

“One of the main strengths of this study is that we have been able to analyze a cohort of cognitively healthy participants which is much more extensive than in other studies”, explains Dr. Operto. 515 people have been part of the study. 68 of them had two copies of APOE-ε4 variant, 197 had just one of them and 250 were non-carriers. 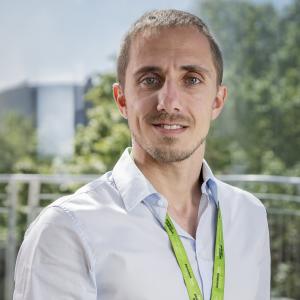