Researchers from the Barcelonaβeta Brain Research Center (BBRC), the center of the Pasqual Maragall Foundation, in collaboration with ISGlobal, both centers promoted by ”la Caixa” Foundation, have detected that people most exposed to nitrogen dioxide (NO2) and particles in air suspension less than 10 µm in diameter (PM10) have greater brain atrophy and less cortical thickness in specific areas of the brain that are affected in Alzheimer's disease. The study has recently been published in the journal Environment International.

"The results of our research are in line with recent scientific studies that show that air pollution has a harmful impact on the brain and is related to the incidence of dementia", says Dr. Marta Crous-Bou, first author of the study and scientific collaborator at the BBRC. In this case, as she explains, "our study provides evidence for the first time about the negative impact that air pollution can have on areas of the brain closely linked to Alzheimer's disease in middle-aged individuals without cognitive problems.".

The study was led by the Clinical Research, Biomarkers and Risk Factors group, led by Dr. José Luis Molinuevo at the BBRC, and was supported by ”la Caixa” Foundation, and the collaboration of the Barcelona Institute for Global Health (ISGlobal), the CIBER for Fragility and Healthy Aging (CIBERFES), the CIBER for Epidemiology and Public Health (CIBERESP) and the CIBER for Bioengineering, Biomaterials and Nanomedicine (CIBER-BBN).

Study carried out in Barcelona

Data collection for the research was carried out between 2013 and 2014 on 958 cognitively healthy participants in the Alfa Study of the BBRC, residing for at least three years in the same home in the city of Barcelona.

To calculate the level of exposure of the participants to polluting gases and nanoparticles, the ISGlobal team of researchers, led by Mark J. Nieuwenhuijsen, used the data collected in Barcelona in the framework of the European ESCAPE project, during three different seasons of the year, and crossed them with the addresses of the participants. The data collection period is not decisive in this study, since the spatial distribution of air pollution in Barcelona has been quite consistent over the last 20 years.

At the same time, thanks to the extensive tests carried out by a subgroup of participants of the Alfa Study with magnetic resonance imaging, the BBRC researchers analyzed the brain areas that are most affected in Alzheimer's disease and compared them with exposure to environmental contamination. It was at this point that they detected that participants from Barcelona most exposed to air pollution had a lower cortical thickness and a greater cerebral atrophy compared to the least exposed participants.

In contrast, researchers observed that the participants most exposed to green areas had a greater thickness in the cortex of certain brain areas. Therefore, these participants had a greater resilience to Alzheimer's disease than the participants most exposed to the NO2 and PM10 pollutants, which mainly come from the combustion of fuels from vehicles and industrial plants. In this case, researchers point out that it is not a direct benefit of green spaces, but rather less exposure to pollution.

In addition to measure the impact of air pollution and green spaces on brain structure, researchers also analyzed the impact of these two factors and noise on cognitive performance, but found no significant results.

Researchers of the BBRC have already presented at the Alzheimer’s Association International Conference the results of new analyzes made in the global brain structure of the participants that show that there are alterations in the white and gray matter of the people most exposed to the pollutants. For this reason, Dr. José Luis Molinuevo, Director of the Alzheimer's Prevention Program of the BBRC and co-author of the study, assures that “contamination is one more risk factor for Alzheimer's, since its sustained exposure over time can make the brain more vulnerable facilitating the development of cognitive decline associated with the disease“.

In this sense, Dr. Mark Nieuwenhuijsen, head of the ISGlobal Urban Planning, Environment and Health Initiative, ensures that “we cannot continue to maintain this model of city where the polluting vehicle predominates any longer. It is necessary to increase public and active transport, to bet on renewable energies for the electrification of motorized transport and heating systems and to reduce emissions from the port and from industry”. 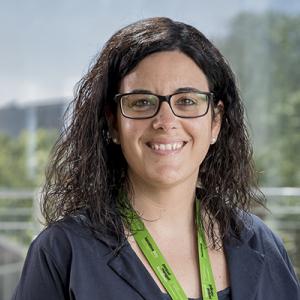