Gonzalo Sánchez, one of the first authors of the study
Share: Compartir a Twitter Compartir a Facebook Compartir a LinkedIn + Compartir per WhatsApp
Research and scientific results

Healthy people who perceive more intense cognitive impairment and have abnormal levels of beta-amyloid protein show changes in the brain in areas related to Alzheimer’s disease. This is what new results from Barcelonaβeta Brain Research Center (BBRC), Hospital Clínic de Barcelona and IDIBAPS describe in Journal of Alzheimer’s Disease.

Subjective cognitive impairment is the persistent perception of a person of experiencing a decrease in their cognitive abilities compared to their normal state. This alteration, by definition, is not detected by cognitive tests that are used in the clinical practice for the diagnosis of Alzheimer’s or other dementias, but it is important to study them as it may be a risk factor of dementia in the future.

In this study, data from 56 cognitively health adults were analyzed. They and a close person answered, separately, to a questionnaire to measure the degree of subjective cognitive impairment. Moreover, participants were conducted a series of tests such as cognitive tests, magnetic resonances and analysis of levels of beta-amyloid, a protein that relates to Alzheimer’s disease.

Researchers explored the associations between the scores in the subjective cognitive impairment questionnaire and the local volumes of brain gray matter. They found that people with more subjective perception of cognitive impairment had a lower volume in some areas that are usually affected in the early stages of Alzheimer’s disease, such as precunneus, cingulate cortex or frontal lobes.

However, in some cases, the relationship was the opposite: some brain areas had a greater volume in people with a more intense perception of cognitive impairment. “These results support the idea of a complex interaction between beta-amyloid levels, brain volume and subjective perceptions”, explains Dr. Gonzalo Sánchez-Benavides, researcher at the BBRC and one of the first authors of the study. “We still don’t know for sure if the volume increases observed are due to inflammation of compensatory mechanisms that would allow the person to remain cognitively healthy for a longer time despite the pathological accumulation of beta-amyloid in the brain”.

Other causes of cognitive impairment

On the other hand, the authors emphasize that the subjective perception of deterioration of cognitive abilities is not always related to an initial phase of Alzheimer’s disease and may be due to many other causes, such as the decline associated with aging, affective disorders or other health problems.

It is important to study what specific domains are more specific of people that have higher risk of developing dementia. In this case it has been seen that the perception of decline in executive functions (high-level functions such as planning or doing two things at the same time) and language is related to a lower brain volume. Memory functions are not that related.

The identification of features of these subjective perfections that are more specifically related to biological changes associated with Alzheimer’s is important because it would allow the detection of people with higher risk of developing the disease and in which dementia prevention strategies could be launched. 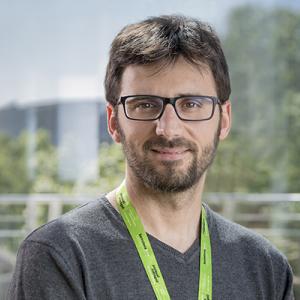