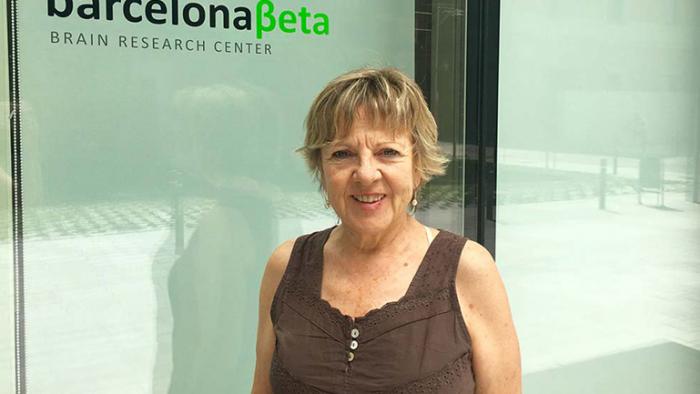 “I offered myself as a voluntary because I am surrounded by many affected people. Alzheimer is a disease that has not been studied enough and it is largely unknown”, says Maria Carme, the first participant of the EPAD European study in Spain, which will include 6.000 voluntary participants in Europe, 200 from the Pasqual Maragall Foundation.

With this inclusion, Barcelonaβeta Brain Research Center of Pasqual Maragall Foundation starts the process that will culminate with the first clinical trials of European Prevention of Alzheimer’s Dementia (EPAD), a project that aims to provide the needed infrastructure to conduct clinical trials to delay or slow the onset of Alzheimer’s symptoms.

According to Dr. José Luis Molinuevo, EPAD co-leader and Scientific Director of Pasqual Maragall Foundation, “EPAD is a unique opportunity to offer healthy people at risk of developing Alzheimer’s disease the possibility to access to an innovative clinical trial designed for the prevention of this disease”.

Sadly, Maria Carme, who is 61 years old and lives in Barberà del Vallès, has lived very closely Alzheimer’s disease, first with her father, who was diagnosed at the last stage of his life, and then with two uncles and two aunts. “I lived the disease through my father and I related it to my grandfather. For neither case, no-one could tell us what was happening, we were only told it was related to the advanced age. I remember that I used to get angry with my father when he did some weird things, he had mood changes”, says Maria Carmen during her visit at Barcelonaβeta Brain Research Center of Pasqual Maragall Foundation, where she will perform the first tests of the study.

The project, which involves the participation of 35 research centres, universities, patient associations and European laboratories, aims to a registry of 24.000 people and a cohort of 6.000 participants, from which 1.500 will be able to participate in prevention clinical trials.

Alzheimer is a disease with unknown origin and causes, it is diagnosed late and there is no medication that delays or stops its development because all the drugs used so far in clinical trials have failed. Pasqual Maragall Foundation is working to identify biomarkers and risk factors related to the disease and design prevention programs to delay or avoid its appearance.