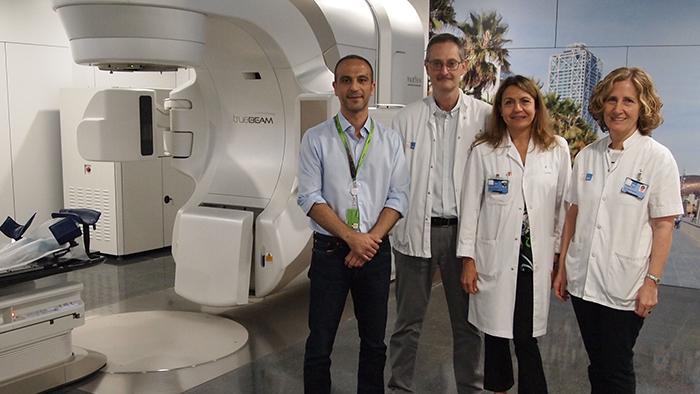 Cerebral metastasis is common in patients with small cell lung cancer. For this reason, they need to undergo cranial radiotherapy to prevent it. But this prophylactic measure has negative effects on memory in almost 70% of patients. A study led by Hospital del Mar has shown that protecting a specific area of the brain, the hippocampus, can prevent this undesirable effect of the treatment. The Barcelonaβeta Brain Research Center (BBRC) has analyzed the brain images obtained from the Magnetic Resonance Imaging (MRI) performed on patients.

In the study, presented at the Sociedad Española de Oncología Radioterápica (SEOR) Congress, data from almost 150 small cell lung cancer patients without cerebral metastasis have been analyzed. It is a Phase III study that has investigated whether protecting the hippocampus is safe compared to traditional treatment. Patients have been tracked for two years. During this time, several tests have been performed, such as magnetic resonances to evaluate the evolution of the hippocampal dimension and also memory tests.

According to Dr. Nuria Rodríguez de Dios, assistant doctor at the Hospital del Mar Radiation Oncology Service and leader of this study, the results indicate that “in patients whose hippocampus was protected, memory is not only preserved after 3 months, but it is also conserved even two years after the radiation”. Additionally, brain images, which were analyzed by the BBRC, show that in those cases where the entire skull is radiated, the hippocampus becomes atrophied.

Regarding the other aspects that were analyzed, it has been demonstrated that there are no differences in survival compared to patients who received radiotherapy throughout the brain. It is also confirmed that the incidence of metastasis in the hippocampus is very low.