World-Wide FINGERS: Spain is part of the first global initiative for prevention of dementia and Alzheimer´s disease 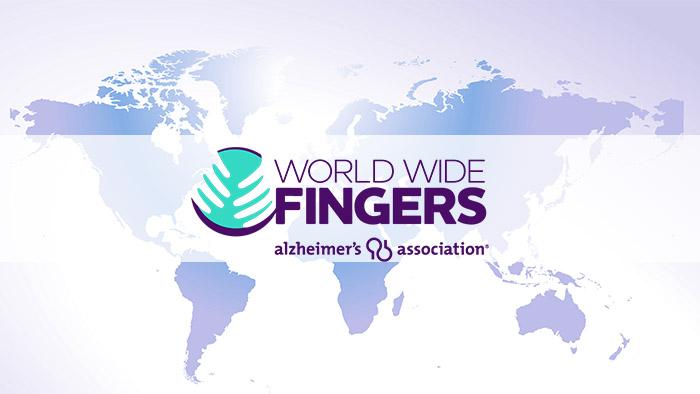 World-Wide FINGERS (WW-FINGERS) is the first global network of clinical trials for risk reduction and prevention of dementia and Alzheimer´s disease through multidomain interventions. Spanish researchers from the Barcelonaβeta Brain Research Center (BBRC), the Hospital del Mar Medical Research Institute (IMIM) and the CITA Alzheimer Foundation participate in this network which convenes research teams from over 30 countries. The main scope, scientific strategy and activities of the WW-FINGERS network have been recently published in Alzheimer´s & Dementia.

WW-FINGERS builds upon the successful experience of FINGER: the Finnish Geriatric Intervention Study to Prevent Cognitive Impairment and Disability, led by Prof. Miia Kivipelto and her team (Karolinska Institutet, Sweden; University of Eastern Finland; Finnish National Institute for Health and Welfare and Imperial College London, UK). This pioneering randomized clinical trial (RCT) demonstrated that a 2-year multidomain lifestyle intervention consisting of nutritional guidance, exercise, social stimulation, cognitive training, and control of vascular risk factors benefitted cognition in seniors at increased risk of dementia (Lancet 2015). In order to be successfully applicable on a larger scale, the FINGER model needs to be further tested, adapted and optimized in diverse geographical and cultural settings. Towards this aim, Prof. Kivipelto launched in 2017 the WW-FINGERS network (https://www.alz.org/wwfingers), which has been growing exponentially. The network´s research teams are working together to harmonize the methodology of FINGER-like intervention trials done in several countries. This will ensure the possibility to synergize data and generate evidence for effective and sustainable interventions for reducing risk or delay the onset of cognitive decline and dementia in seniors.

“Dementia has been declared a public health priority by the World Health Organization (WHO)” says Professor Miia Kivipelto, “and given that a cure for this disorder is not yet available, risk reduction and prevention are pivotal in halting the rapid worldwide increase of cases. The results from the FINGER trial highlighted the value of addressing multiple dementia risk factors in parallel as a strategy to protect brain health and promote overall health and functioning. Coordinated and harmonized efforts are crucial to identify effective preventive strategies that are sustainable on a global scale. WW-FINGERS is a unique network that will facilitate harmonization and sharing of data from several countries, creating a unique opportunity for rapid knowledge generation, dissemination and implementation. We have key allies in this global project, including the Alzheimer’s Association in the USA, WHO, the FINGERS Brain Health Institute (FBHI) and the Alzheimer’s Disease Data Enablement Fund, supported by a coalition of funders including Gates Ventures and Alzheimer’s Association.”

PENSA is a clinical trial that combines a multimodal lifestyle intervention including diet, physical activity, cognitive stimulation and training, combined with a dietary supplement of epigallocatechin gallate (the flavanol found in green tea). The study started in December 2019 and is enrolling 200 participants who meet the criteria of 60 years or older, APOE4 carriers, and who experience subjective cognitive decline. The recruitment profiles and participants inclusion of the study will be presented the 30th of July at the Alzheimer’s Association International Conference.

“PENSA is harmonized with the core features of the FINGER study. We are convinced that our project will provide new knowledge to facilitate the development of effective multimodal interventions to prevent or delay the onset and progression of late-life cognitive impairment, Alzheimer’s disease, and dementia”, says Dr. Molinuevo, co-leader of the PENSA study.

The GOIZ-ZAINDU study started in June 2018 and is a one-year pilot randomized controlled trial that tries to evaluate the feasibility of a multidomain lifestyle intervention program, with the aim to assess the efficacy of the intervention to reduce participants CAIDE risk scores and reduce cognitive decline.

WW-FINGERS in the context of the COVID-19

The team led by Prof. Kivipelto runs the “Scientific Helpdesk” of WW-FINGERS in collaboration with FBHI, to support scientific aspects of the development and implementation of national studies within the network. Assistant Professor Francesca Mangialasche, Scientific Coordinator of WW-FINGERS, says “The role of the WW-FINGERS network is especially important in the context of the global COVID-19 pandemic. The pandemic is having negative effects on both lifestyle and medical management of chronic disorders (e.g., hypertension, diabetes). This is due to changes in the healthcare system functioning and that seniors are more reluctant to seek care due to infection risk. Recommendations and limitations to counteract the pandemic has led to negative lifestyles changes, such as limited physical activity due home isolation. In this landscape, WW-FINGERS is a very timely project which can inform about sustainable healthy lifestyles and management of risk factors in seniors, with benefits beyond dementia prevention.”