BBRC researchers participate in the General Assembly of the AMYPAD project 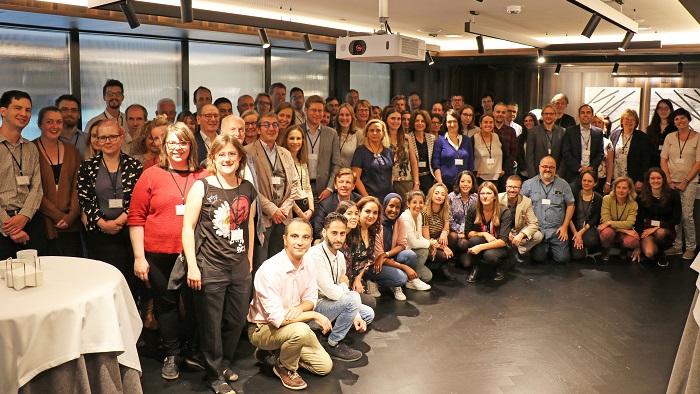 A team of researchers from the Barcelonaβeta Brain Research Center (BBRC) attended the annual General Assembly of the AMYPAD project, which took place in Barcelona on October 10 and 11. More than 80 professionals involved in the study attended the conferences. They discussed about the progress of the project, its sustainability, ethical aspects and the milestones during the next year.

Dr. Juan Domingo Gispert, co-leader of one of the AMYPAD working groups, presented the first results of one of the two clinical trials of the project, which aims to better understand the natural history of Alzheimer’s disease. In addition, he presented some alternatives to harmonize the images from other cohorts in order to improve the quantitative comparability of the results.

Dr. José Luis Molinuevo, Scientific Director of the Alzheimer’s Prevention Program at the BBRC and co-leader of another working group, offered an update on the EPAD project. He explained the relationship between both projects and their close collaboration.

The Amyloid Imaging to Prevent Alzheimer’s Disease (AMYPAD) is a European collaboration which aims to improve knowledge, diagnosis and treatment of Alzheimer’s via the use of Positron Emission Tomography (PET) with tracers that allow the detection of cerebral amyloid plaque. AMYPAD is made up of 17 European institutions, including research centers, pharmaceuticals and patient associations.